I’m as surprised as anyone that it’s taken me this long to write about Tivoli here. For those that don’t know, it’s a traditional amusement park in central Copenhagen, and somewhat of an institution in this part of the world. A lot of people might think that’s common knowledge, but I can’t honestly say I was aware of it before visiting here with Dorte.

If this was my original hometown, I’d probably be a bit sniffy about it – it’s not ‘cool’ in any way, is normally filled with tourists, and is an expensive and obvious place to go to. All those things that often put the locals off. In London, I would have been as likely to go to it as I was to Madame Tussaud’s (i.e. I would not have gone to it!).

But I’ve only recently come to live here, and can barely count myself a local yet, but besides that I came here with the intention of dispensing with those self-aggrandising notions that I maintained in London. And Tivoli is a great example of that – I’m not above it and nor should I be because I’m determined to take it as I see it, and I enjoy it when I’m there. I’ve been a few times now – Dorte and I realised that with family and friends visiting from the UK regularly, we’d probably end up there a few times this year, so we bought an annual pass to cover those visits, but it also enabled us to pop in whenever we like on the way home (it’s to the west of the town hall square, on the edge of the centre and Vesterbro, where we live). My favourite time was the night before our wedding – we had welcome drinks for everyone from the UK in town, and then left them to it to get an early night, but Dorte had the brilliant idea to pop in to Tivoli for a single ride on the Red Dragon rollercoaster. I felt like I was 16 again (in a good way), and it was just one of many amazing memories from that weekend.

The rides are old-school rather than cutting edge, but they’re fun and abundant enough to keep you amused even if you’re just watching others on them. And during this Christmas opening period (from mid-November to the end of December) there are Christmas stalls throughout. I’ve never been in daylight and don’t really want to because it’s the lights and flames that illuminate the cobbled streets and ponds and paths, that are the main attraction for me. It’s that light that really evokes the feeling of stepping back a few years in to an old fashioned fairground.

So I thought I’d pop in today to check out the Christmas lights and take some photos, which are all below. It wouldn’t be number one on my list of recommendations for friends (that would be to visit us, naturally), but if you’re in the mood to step into somewhere where the atmosphere is fun, simple and sometimes even a little exciting, then you could do a lot worse than paying the entry fee to Tivoli. 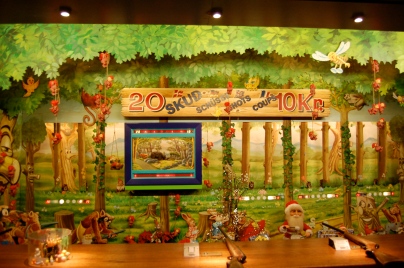 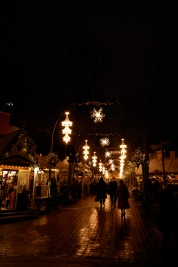 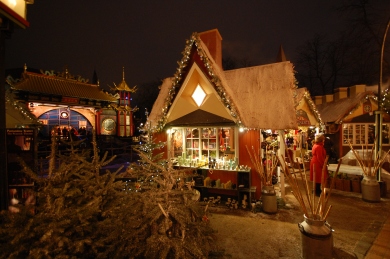 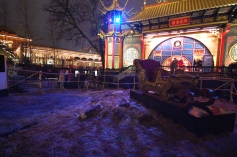 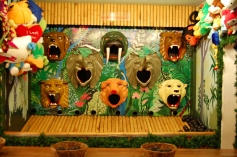 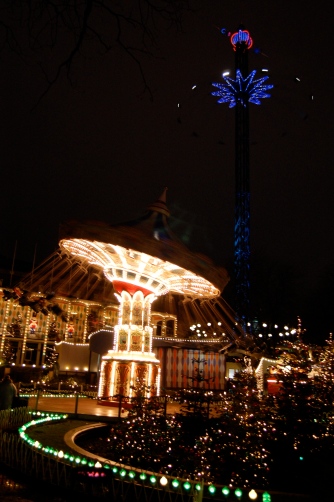 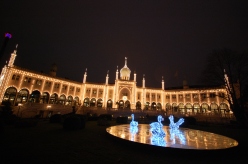 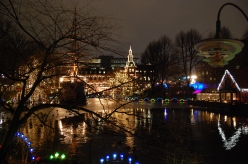 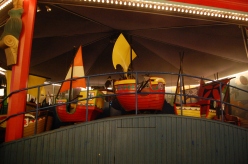 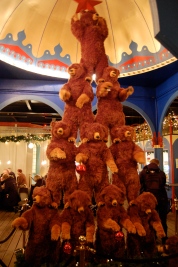 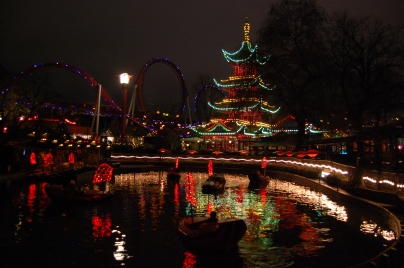 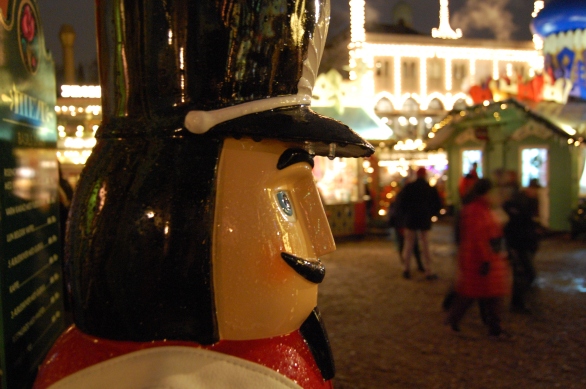