The oft-mentioned Eric just sent me this interesting article – a study by Rice University’s Kinder Institute for Urban Research, comparing Copenhagen (where Eric, I and our better halves live) and Houston (where Eric and his better half moved here from).

Apart from that coincidence though, it’s a fascinating study in itself, especially for anyone living in one of the two cities. It compares a diverse range of factors such as transport, attitudes to religion and job opportunities in two cities that do have some major similarities.

“Like Houston, the Copenhagen metropolitan area is a dynamic, growing region that serves as a cultural, economic and social hub” according to Michael Emerson, co-director of the survey team at the Kinder Institute. Read more background on this news article here.

Quoting from the article linked above, some of the key findings are: 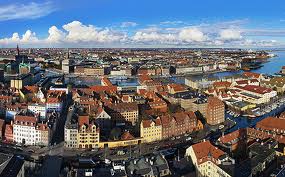 Mostly, it makes for pleasing reading as a current Copenhagen inhabitant – not from any competitive nature to ‘be better’ than Houston, or anywhere else, but because the things this city scores highly on are all things I personally find important. Maybe that’s why it feels so much like home here.

2 thoughts on “Comparing Copenhagen to Houston”